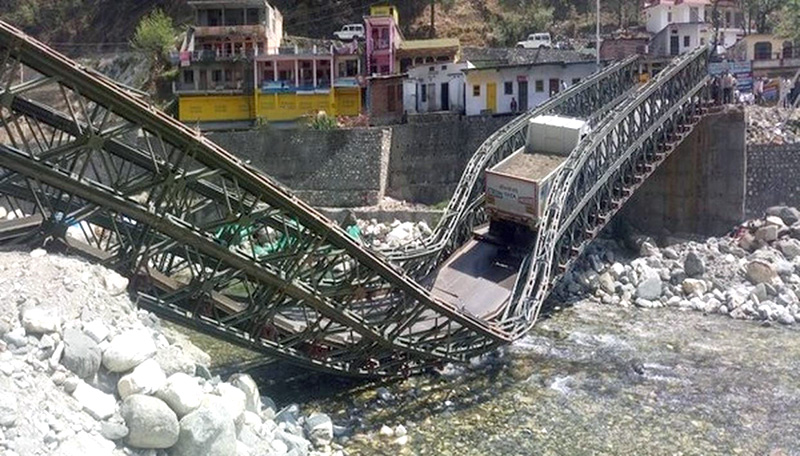 A bridge built over Assi Ganga River on Gangotri highway in Uttarakhand on Sunday collapsed for the second time within three months.

The sudden collapse of the bridge, which connects Gangotri, Maneri, Harsil and several villages on the hills, has halted the traffic movement in the region.

The bridge had earlier also collapsed on December 14 last year after being constructed by the Border Roads Organisation (BRO) in place of the main bridge, which slumped during the 2013 Uttarakhand floods.

However, Choubey and other local BJP leaders later claimed that the district administration had allowed the rally and also denied that provocative slogans were shouted.

Schools to reopen for students of classes 1 to 5 in Karnataka, announcement soon: CM Bommai

Schools to reopen for students of classes 1 to 5 in Karnataka, announcement soon: CM Bommai

Pawar to Power: Sharad Pawar is the saviour of Maha Vikas Aghadi

Celebrate the end of evil by the good, Happy Dussehra dear readers

No relief to Aryan Khan: Releasing any accused will hinder investigation: ASG