Officials of the Lokayukta raided the residence of R C Kuril — Joint Director (Industries) of the Madhya Pradesh government — on Tuesday morning in Bhopal.

Over half a dozen Lokayukta officials, including those of the rank of deputy superintendent of police, participated in the raid at Mr Kuril’s residence in Anna Nagar.

Simultaneous raids were also conducted at his residence in Jabalpur.

So far, the Lokayukta has found seven houses, three farmhouses, two shops, some vehicles, a plot in Jabalpur industrial area, Rs. 3.5 lakh and 1.5 lakh worth of jewellery among the assets allegedly owned by Mr Kuril.

Lokayukta officials said that the assets allegedly amassed by the joint director are worth Rs. five crore.

But Mr. Kuril claimed he was innocent.

“The wealth that I have amassed is from my hard earned money. I am a tax payer. I will resign from my post if I am proven guilty,” he said. 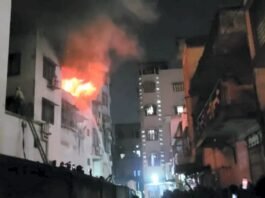