Since Somaiya came up exposing ruling party leaders, the ruling party leaders also uncovered his son’s alleged corruption. Neil had approached the court last week seeking protection from arrest, stating that he had apprehended coercive action against him by the Mumbai Police. Neil Somaiya is Municipal Councillor at Municipal Corporation of Greater Mumbai. He is another breed of nepotism in Maharashtra politics. His only credibility is that he is Kirit Somaiya’s son. This name was not much known to the commoners other than his father’s constituency.

Well, when the opposition vs State government locked horns, Neil Somaiya would be a big catch if he is sent behind bars. On Monday, Chief Public Prosecutor Jaising Desai had submitted that Neil’s plea was ‘vague’ and did not mention a specific case in which he was seeking protection. Notably, Neil has not been named in any FIR so far. Meanwhile, Shiv Sena MP Sanjay Raut had demanded the arrest of Neil and his father for their alleged links with an accused in the PMC Bank case.

Following this, Neil through his lawyer Hrishikesh Mundargi had sought pre-arrest bail seeking a 72-hour notice before any intimidating action. Desai said that the plea was based on newspaper reports and did not refer to any particular allegations against him. Shiv Sena MP Sanjay Raut has again hit out at BJP leader Kirit Somaiya and his son Neil for their alleged role in the PMC Bank scam case. Probably this is disturbing both son and father and they are running to polls to seek relief for their son.

The ruling party leader made allegations that the father-son duo, Kirit and Neil Somaiya, are involved in extortion and other illegal activities. With the help of Central agencies, they are threatening others to send them to jail. The Maharashtra Police are investigating various cases related to them. Last month Raut had accused Kirit Somaiya’s son Neil of having links with Rakesh Wadhwan, an accused in the PMC bank fraud. He had also questioned the source of Rs 260 crore invested in Somaiya’s project in Palghar district and the association Neil and his wife Medha have as directors in the project Nikon Green Ville.

In a village called Vevoor in Palghar, work on a gigantic project worth Rs 260 crore is underway in Neil Somaiya’s name. His wife Medha Kirit Somaiya is the director of this project. Nicon project at Vasai was coming up on land taken from HDIL promoter Rakesh Wadhwan, who has been arrested on charges of money laundering.

According to the Ministry of Corporate Affairs website, while they listed Neil Kirit Somaiya as a director in Nicon Infra LLP, the Company has its headquarters in Bandra West with six others. His wife Medha Kirit Somaiya was a director between 8 July 2010 and 1 December 2016. Nirav Developers Private Limited does not have Somaiyas among the directors.

There were several allegations made, but so far Shiv Sena leaders have not produced a single document, evidence, and names of investors, Benami investors or officials. It is their government. Most interestingly, Maha Vikas Aghadi has taken no action against both father and son. What has stopped the ruling government from investigating the said corruption of Somaiyas?

BJP leader Somaiya’s business interests are reflected in his election affidavits since 1995 with the market valuation. So, everyone knows about the Vasai or Palghar (projects)… the company’s total assets do not cross Rs 20 crores and their share is around 8 per cent and hence doesn’t cross more than a couple of crores. If there is something beyond what something projects, then the ruling party should act swiftly and take advantage of the situation.

In the meantime, Somaiya visited Santacruz police station with a high media drama show to respond to the summons asking him to appear in connection with an FIR registered for alleged violation of COVID-19 norms. They issued the summons to Somaiya on February 14 in which police asked to appear within 15 days, according to a copy of the summons posted by him on his Twitter handle.

There are many other FIRs registered against the BJP leader Santacruz police station, last year under various sections of the Indian Penal Code (IPC), including 188 (disobedience to order duly promulgated by public servant) and section 51 (b) of the disaster management act that prescribes “punishment for obstruction” for refusal to comply with any direction given by or on behalf of the central government or state government or the national executive committee or the state executive committee or the district authority under the Act.

Well, Somaiya sent MVA leaders to jail and some are under severe scrutiny. It will be interesting to look out how Raut is going to prove his claims against Somaiya. 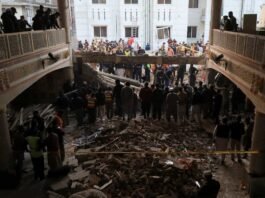 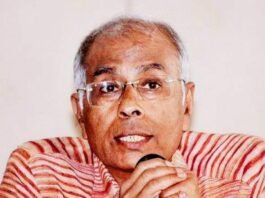