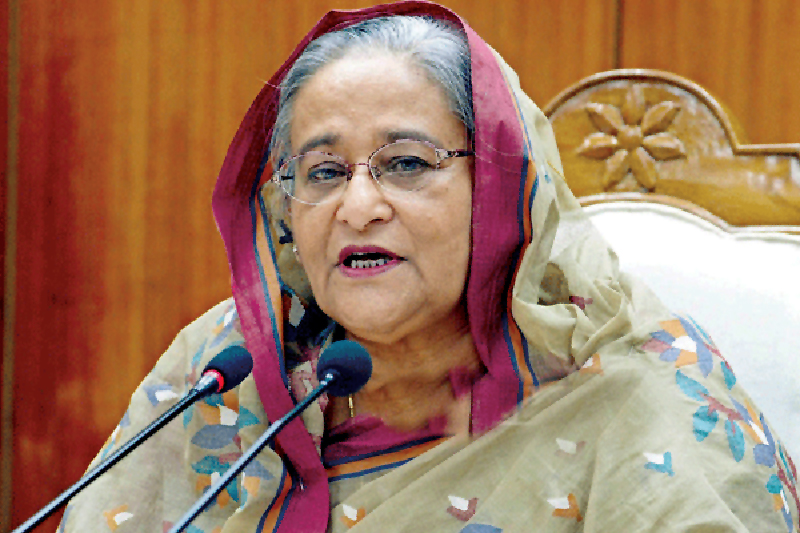 Bangladesh Prime Minister Sheikh Hasina has said that the people of Bangladesh must respond to those who have been lost in their love for Pakistan and should be punished.

Speaking at a Genocide Day event on Sunday, Hasina said that the citizens had to help the Bangladesh government ensure that the “lovers” should forget Pakistan for good.

“If we cannot do it, we will cease to exist,” she said at an event organised by the ruling Awami League at the Bangabandhu International Conference Centre in Dhaka to remember the victims of the genocide carried out by Pakistan on March 25, 1971.

Recalling the assassination of her father Sheikh Mujibur Rahman in 1975, Hasina named certain political leaders as lovers of Pakistan- such as former Bangladesh president and Bangladesh Nationalist Party (BNP) founder Ziaur Rahman and his wife and Hasina’s arch-rival Begum Khaleda Zia, who is now the current chief of the party, agencies reported.

“The entire history changed after 1975. Even the words ‘Pakistani occupation forces’ could not be uttered. People had to call them only ‘occupation forces’ in an effort to make them forget that the forces were Pakistani, such was the love for Pakistan,” Hasina asserted.

She claimed that those who came to power after 1975 never wanted “people’s fate to change” and did not want Bangladesh to progress, adding that the “agenda of Pakistani occupation forces” were being implemented.

Coming down on former Bangladesh president H.M. Ershad, who came to power in 1983 after Ziaur was assassinated, Hasina scoffed that “all of them had the same agenda.”

Ershad, the chief of a key ally of the Awami League, now serves as a special envoy of Hasina.

Getting no respite from suppression by Pakistani forces after the Partition in 1947, then East Pakistan (now Bangladesh), led by Mujibur, launched a movement against injustice.

When the people of East Pakistan were advocating for independence from West Pakistan (now Pakistan), Pakistani forces swooped down on unarmed Bengalis on March 25, 1971.

Bangladesh observes March 25 as Genocide Day for the past two years now after the country’s parliament passed a motion recognising the day.

It has been demanding the United Nations (UN) to declare the day as the World Genocide Day as a sign of protest against genocides carried out around the globe.

Stay protected from cybercriminals and safeguard the smartphones