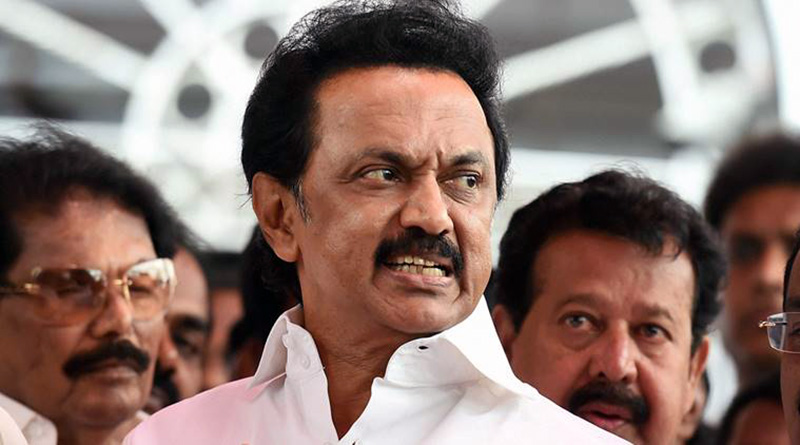 Dravida Munnetra Kazhagam (DMK) working president MK Stalin was detained on Sunday amid a protest against the Centre over the constitution of a Cauvery Management Board (CMB).

Earlier in the day, DMK announced to observe a shutdown across Tamil Nadu on April 5 to press for their demand of formation of the CMB.

The DMK even sought support from the ruling All India Anna Dravida Munnetra Kazhagam (AIADMK) for the protest.

The six-week time frame directed by the Supreme Court to set up the CMB ended on March 26, after which the state government stated that they would re-approach the apex court.

The Supreme Court had on February 16 pronounced its verdict on the vexed dispute between Tamil Nadu and Karnataka.

The apex court directed Karnataka to release 177.25 thousand million cubic feet (tmcft) of water to Tamil Nadu. This reduced Tamil Nadu’s share of Cauvery water by 14.75 tmcft from the 192 tmcft allocated by a tribunal in 2007.

Sonia Gandhi hits out at government says, “Centre has abdicated its responsibility & left vaccination to states”

In a first such incident, Eight Asiatic Lions test positive for COVID-19 in Hyderabad zoo

COVID-19: Commission for Protection Child Rights has written to states, UTs over the issue of orphaned children

Stay protected from cybercriminals and safeguard the smartphones

The ambitious Swapna Patker is in ambush