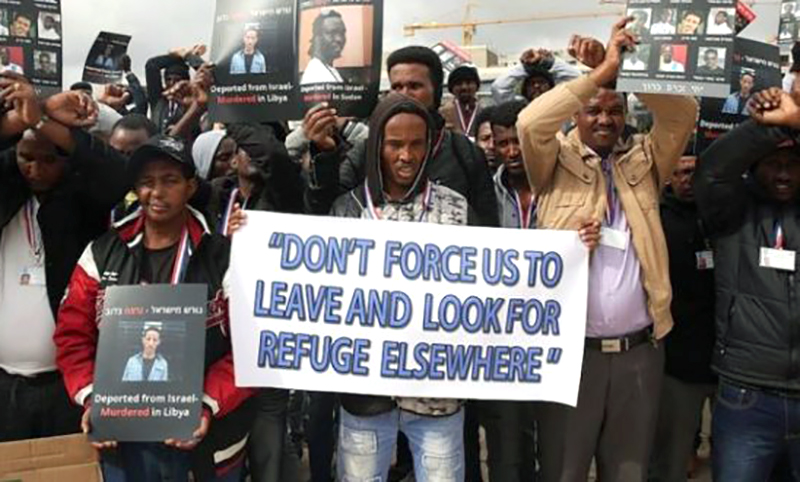 Israel on Tuesday announced that it suspended the controversial policy of deporting thousands of African migrants from the country after the authorities failed to seal an emigration deal with a third country.

“At this stage, there is no possibility of implementing involuntary deportations to a third country. Therefore, as of April 17, 2018, [the state] has ceased to hold hearings as part of the deportation policy, and no more deportation decisions will be made at this time,” the Israeli government said in a statement.

The government further stated that the African migrants would be able to get their visas extended if they possessed with expired temporary residency permits, The Times of Israel reported.

The High Court of Justice earlier had given the Israeli government two options – either to safely deport the migrants in a third country with a proper deportation plan or to free them from detention camps.

Last week, the court ordered the release of around 200 African asylum seekers from Saharonim Prison, about 180 km from Jerusalem, who were detained for refusing to leave Israel, while 58 more were freed after deportation deals with Uganda and Rwanda failed.

The Israeli government’s deportation plan, which offered each migrant USD 3,500 and a plane ticket to third-party countries was heavily criticised by the United Nations, calling it “chaotic and unsafe”.

The African migrants shifted to Israel after Egypt saw a violent refugee demonstration. Thousands of them crossed the Jewish populated country until authorities sealed the porous desert border in 2012.

Israel considers over 30,000 migrants as “job seekers, infiltrators and refugees”. However, the migrants said that they had fled from unstable countries such as Egypt, Sudan, Somalia and Eritrea for their lives while adding that it would be dangerous for them if they returned.

On April 3, Israeli Prime Minister Benjamin Netanyahu said that he suspended the agreement with the United Nations (UN), which allowed the deportation of African migrants in Germany, Canada and Italy.

Earlier in January, Netanyahu had ordered thousands of African refugees to leave the country by April or face long-term imprisonment.

Following this, the UN had called on Israel to halt its policy of deporting over 30,000 African migrants, mostly from Eritrea and Sudan.

According to a UN estimate, there are nearly 27,000 Eritreans and 7,700 Sudanese people residing in Israel.