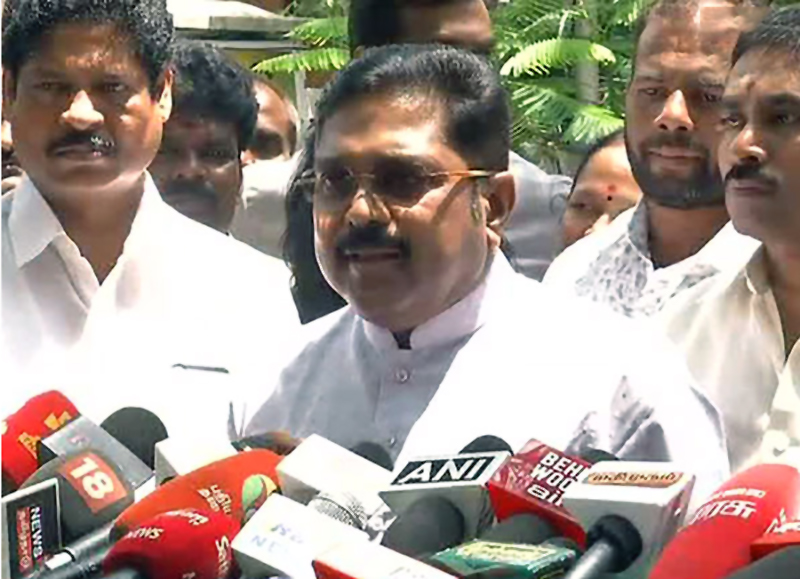 As a mark to protest against Centre’s negligence for the formation of Cauvery Management Board (CMB), RK Nagar MLA and rebel AIADMK leader TTV Dhinakaran on Friday urged the Tamil youth to boycott Indian Premier League (IPL) matches, which are to be held in Chennai.

“All Tamils, particularly the youth, should boycott IPL 2018 matches, which are to be held in Chennai, as a mark of protest,” MLA TTV Dhinakaran told media.

Meanwhile, farmers who were protesting by partially burying themselves in the sand on banks of Cauvery river in Trichy demanding the formation of CMB, have been evicted by Police

Earlier in the day, an all-party meeting over the formation of Cauvery Management Board constitution matter was held in Chennai.

On April 5, the Tamizhaga Vazhvurimai Katchi (TVK) party had submitted a letter to the Police Commissioner of Chennai requesting the authorities to ban IPL matches on April 10 till CMB is formed.

On 16 February, the Supreme Court directed the Centre to form the CMB within six weeks to implement a formula for sharing of Cauvery water between Tamil Nadu and Karnataka.