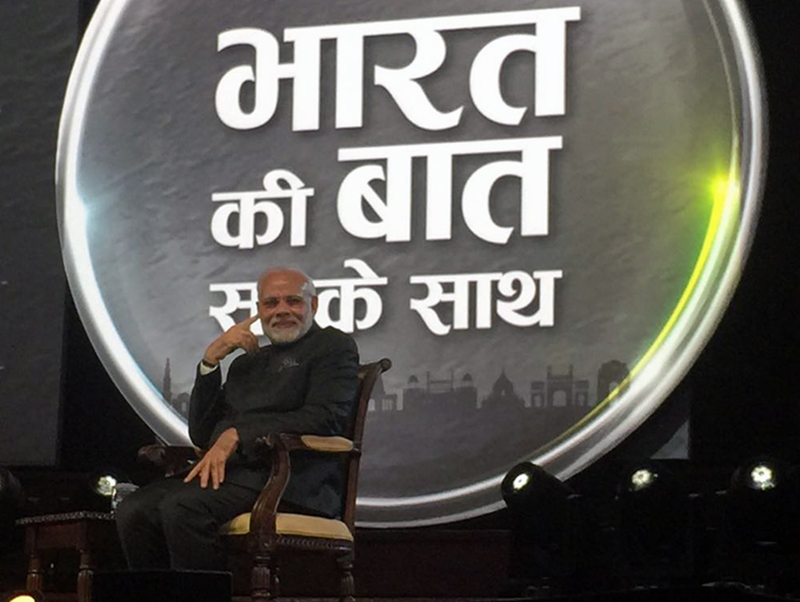 Pakistan on Thursday rejected as “false and baseless” Prime Minister Narendra Modi’s remarks on the ‘surgical strikes’ across the Line of Control in 2016 , saying “repeating a lie doesn’t turn it into the truth.”

Speaking at the ‘Bharat Ki Baat, Sabke Saath’ programme in London on Wednesday, Modi had said India waited to inform Pakistan about the operation before disclosing it to the media and the people.

“I said before India gets to know, we should call Pakistan and tell them. We were calling them since 11 AM but they were scared to come on phone, at 12 we spoke to them and then told the Indian media,” Modi had said.

“Repeating a lie doesn’t turn it into the truth,” the spokesperson was quoted as saying by Dawn.

In response to Modi’s comments on Pakistan exporting terrorism, Faisal claimed that it was the other way around and accused India of backing terrorists in Pakistan.

Jadhav, 47, was sentenced to death by a Pakistani military court on charges of espionage and terrorism.

India moved the International Court of Justice (ICJ) in May last year against the verdict. The ICJ halted his execution on India’s appeal pending the final verdict by it.

Pakistan claims its security forces arrested Jadhav from restive Balochistan province on March 3, 2016 after he reportedly entered from Iran.

However, India maintains that Jadhav was kidnapped from Iran where he had business interests after retiring from the Navy. Jadhav’s sentencing had evoked a sharp reaction in India.