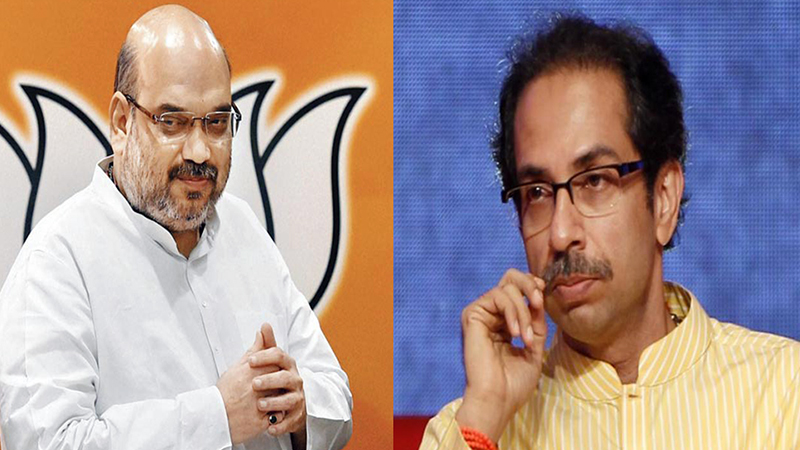 Rebuffing BJP president Amit Shah’s rapprochement efforts, the Shiv Sena on Monday said ‘the Modi floods’ may have swept away snakes and mongooses, but “the tiger cannot be tamed.”

The bickering ally, which has declared its intention of going alone in the next polls, made strong comments against the BJP, saying the party was “still living in the golden era of 2014” while “the picture of 2019 will be completely different.”

In a hard-hitting editorial in its mouthpiece ‘Saamna’, the Sena said the BJP had forgotten “humility” after coming to power in 2014 but has started getting “some thoughts” after the Lok Sabha bypoll results of Gorakhpur and Phulpur in Uttar Pradesh, where the party suffered serious setback last month.

The BJP lost both the seats which had been won by UP Chief Minister Yogi Adityanath and Deputy Chief Minister Keshav Prasad Maurya respectively in the 2014 Lok Sabha polls.

“The BJP does not need friends. They are strong and self-reliant,” the Sena editorial said.

“Their (BJP’s) wingless plane flew in the sky and kept on flying. Now they want to land but there is no place to land,” it said.

“Let the BJP keep dreaming about the golden era. We wish them luck,” it added.

The Shiv Sena and the BJP had fought the 2014 Lok Sabha elections together but the BJP subsequently decided to go alone in the Maharashtra assembly polls in October same year.

The BJP-led government came to power in the state in October 2014, while the Shiv Sena joined the government in December that year.

A few months back, an unhappy Sena had announced that it would contest all the future elections alone.

Shah, while addressing a press conference here on April 6, had said the BJP hoped the Uddhav Thackeray-led party would continue to be the part of NDA.

It said Shah’s comment that Shiv Sena should be with the BJP was made in an indirect manner.

“They (BJP) did not get this wisdom in 2014 and after getting power, they even forgot humility,” the Sena said.

Apparently referring to Shah’s analogy of animals while attacking the opposition parties getting together against the BJP, the editorial said, “In the 2014 Modi floods, snakes, mongooses, dogs and cats were washed away. Similarly, on the BJP Foundation Day in 2018, the nationalist thoughts too were washed away.”

Without naming Shah, the Sena said, “The opposition parties were compared with animals such as snakes, mongoose, dogs and cats. Some of them were also with the UPA earlier. Recently, the TDP left the BJP camp but the Shiv Sena’s tiger (to which Sena associates itself with) is not a caged animal; hence it continues to roar on the state and national issues,” it said.

“You cannot tame the tiger,” it added.

The editorial also mocked the BJP over the “extravagant” manner in which it celebrated the Foundation Day on April 6.

“…it was so because the party is in power both at the Centre and in Maharashtra. The Congress rallies earlier also used to be equally grand.”

It also said many leaders who were mere party workers in early days of the BJP, were now sitting on the dias.

But, the leaders like L K Advani and Murli Manohar Joshi, who took pains for the party’s growth, were not even mentioned on the party’s banners or on the list of invitees, the Shiv Sena said.

It said it was expected that Shah, during his rally, would comment on issues like corruption, unending violence in Kashmir and attacks on Dalits, but he did not speak on these issues.

No party in the Maha Vikas Aghadi alliance is afraid of the BJP’s tactics: NCP’s Nawab Malik

Maharashtra to start home vaccination for bedridden persons on a trial basis: State to HC