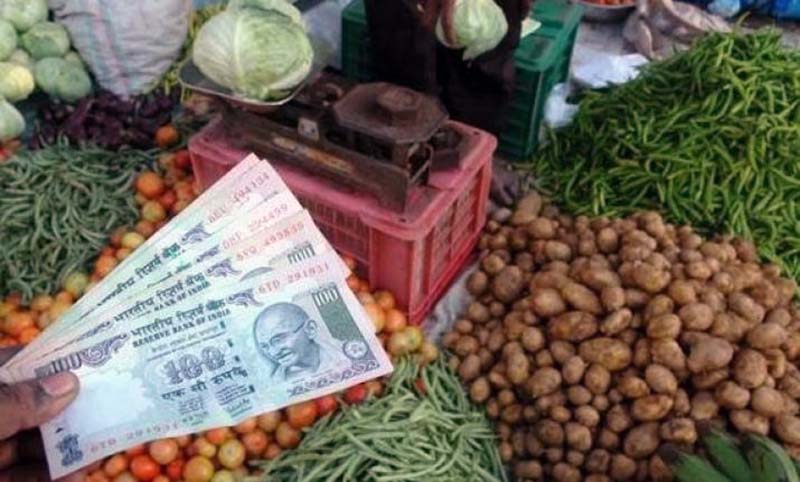 Inflation based on wholesale prices eased marginally to 2.47 per cent in March on cheaper food articles, especially pulses and vegetables. On the basis of Wholesale Price Index (WPI), inflation was 2.48 per cent in February and 5.11 per cent in March last year.

According to a government data released on Monday, food articles showed deflation at 0.29 per cent in March as against a 0.88 per cent inflation in the preceding month. Deflation in vegetables was 2.70 per cent, pulses (20.58 per cent) and wheat (1.19 per cent) in March.

Inflation in ‘fuel and power’ basket however rose to 4.70 per cent in March from 3.81 per cent in the previous month.

The inflation data for January was revised upwards to 3.02 per cent from the provisional estimate of 2.84 per cent.

Retail inflation, as per data released last week, slipped to a five-month low of 4.28 per cent in March on account of decline in food prices. In its first monetary policy review for the fiscal, the Reserve Bank earlier this month maintained status-quo on interest rate citing inflationary concerns.

It revised downwards forecast for retail inflation to 4.7-5.1 per cent for April-September and 4.4 per cent for October-March.