Batsmen are finding it difficult to pick wrist spinners: Shakib 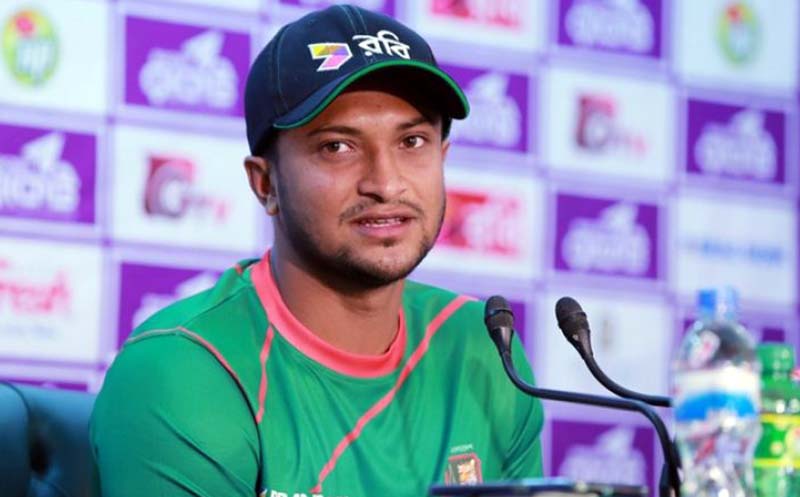 Wrist spinners are slowly becoming the most potent weapons for all captains in limited overs cricket and their ability to extract turn without depending on pitch conditions make them a handful for the opposition batsmen, feels Bangladesh captain Shakib Al Hasan.

Yuzvendra Chahal and Kuldeep Yadav have been impressive for the national team during the past year.

Not to forget, Shakib’s Sunrisers Hyderabad teammate Rashid Khan, who has once again been impressive after winning ‘Emerging Player of the Tournament’ award last year.

Not everyone is used to playing against wrist spinners, so batsmen are finding it difficult to negotiate. They (leg-spinners) can turn the ball on any type of wicket, so it’s an advantage for them,” Shakib told PTI during an interaction.

But the more you play, the better you adapt. It’s a new thing now. But I’m sure the batsmen will adapt quickly and will be able to play them easily, Shakib added.

Adked about his combination with Rashid, Shakib replied: “It’s a good combination going on. He is doing well for the team for a long time. It is indeed a big plus to have a bowler like Rashid in our team. Hopefully, he will win more matches for us.”

Having won two titles with Kolkata Knight Riders, it will be a strange feeling for the likes of Shakib, Manish Pandey and Yusuf Pathan to turn up at the Eden Gardens for the ‘Orange Army’.

We won the title twice there. Of course, I’ve some great memories attached with KKR in the seven-year association. But Orange is my colour now, Shakib said.

In IPL, it’s not in your hands as to which team you would be picked. The franchises have the last say. We have to move on. Hopefully, I will be able to create some good memories with Sunrisers Hyderabad as well. That’s my aim.”

Earlier this month, Shakib and his family were invited by the Bangladesh Prime Minister Sheikh Hasina at her official resident Ganabhaban.

Shakib termed it a courtesy call and said it has got nothing to do with politics.

It was a courtesy call. She loves cricket very much and always encourages cricketers.

Asked whether he has thought about politics post-retirement, the 31-year-old said: Nobody can say about his future. I want to live in the present. But I’m not ruling out anything.

I have not given any thought to it, it’s difficult to talk about it now. Cricket is my life and my focus will stay there only, he signed off.

Alia Bhatt’s ad sparks debate over ‘Kanyadaan’, is it an outdated ritual or important custom?