HomeSportsIndian team is not dependent on one or two players now: National...
Sports

Indian team is not dependent on one or two players now: National coach Gopichand 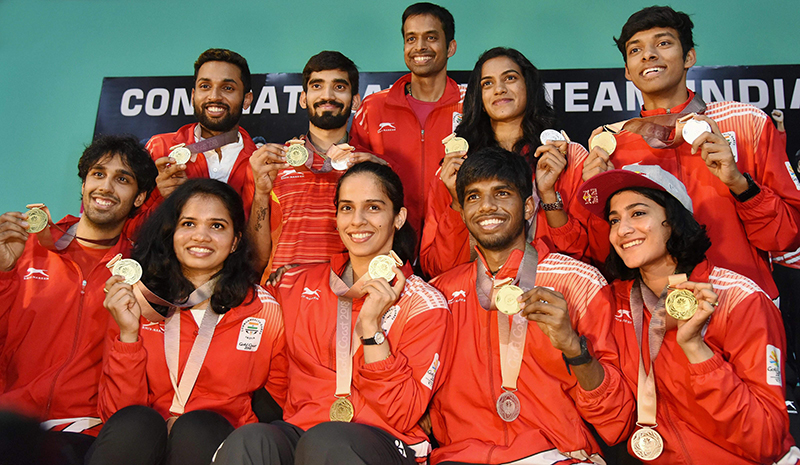 Chief national coach P Gopichand on Tuesday hailed the depth Indian badminton has achieved over the years, saying the team is no more dependent on one or two players.

The Indian team won a historic team gold at the just-concluded Commonwealth Games in Australia apart from winning five other medals.

“The team gold is something which was never dreamt of. We never imagined that we could win this medal. This was possible only because of the way the entire team played.

“I say this with a lot of pride because many a times it was one or two players who would be big ups in the team, from years, may be thirty, forty years, look at the history of Indian badminton. But, today is different. Today we have each member of the team contributing,” Gopichand said at a felicitation function.

It is a matter of pride that the final of a major event like the CWG took place between two Indians; the 44-year-old said referring to the women’s singles final between Saina Nehwal and PV Sindhu.

“To be in a position where two of our players play against each other in the final of a big event like Commonwealth Games is something which we feel proud about,” he said.

Saina, who won the women’s singles gold, said winning the team championship was more satisfactory for her.

“For me, it was not the individual which mattered much. But, it was the team championship. I would like to congratulate doubles players for putting out such big efforts. That is why it was possible for individual players to come out with such a good show,” she said.

Sindhu said she is happy to have won silver this time but “hopefully, next time it would be a much better one.”

Replying to a query on the women’s singles final, Saina said it is definitely challenging to play against someone you are familiar with.

“We both know our strong points and weak points,” Saina said.